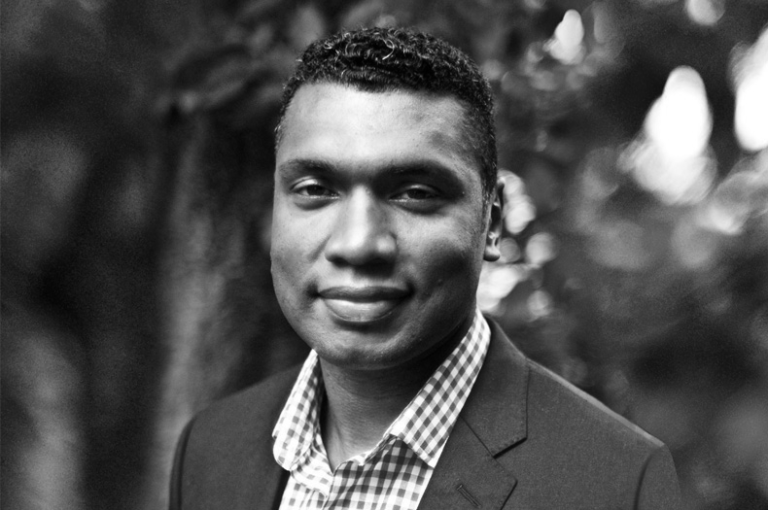 22. Stephon Alexander – The Music of Spheres

Physicist and musician Stephon Alexander has straddled the worlds of theoretical physics and jazz music over the last two decades. He works on the connection between the smallest and largest entities in the universe pushing Einstein’s theory of curved space-time to extremes, beyond the big bang with subatomic phenomena.

Alexander is a Professor of Physics at Brown University, with previous appointments at Stanford University, Imperial College, Penn State, Dartmouth College and Haverford College. Alexander is a specialist in the field of string cosmology, where the physics of superstrings are applied to address longstanding questions in cosmology.

In 2001, he co-invented the model of inflation based on higher dimensional hypersurfaces in string theory called D-Branes. In such models the early universe emerged from the destruction of a higher dimensional D-brane which ignites a period of rapid expansion of space often referred to as cosmic inflation.

In his bestselling book, The Jazz of Physics, Alexander revisits the ancient interconnection between music and the evolution of astrophysics and the laws of motion. He explores new ways music, in particular jazz music, mirrors modern physics, such as quantum mechanics, general relativity, and the physics of the early universe. He also discusses ways that innovations in physics have been and can be inspired from “improvisational logic” exemplified in Jazz performance and practice. Alexander also recently served as a scientific advisor for the Walt Disney film A Wrinkle In Time, directed by Ava DuVernay, and currently serves as President of the National Society of Black Physicists (NSPB).