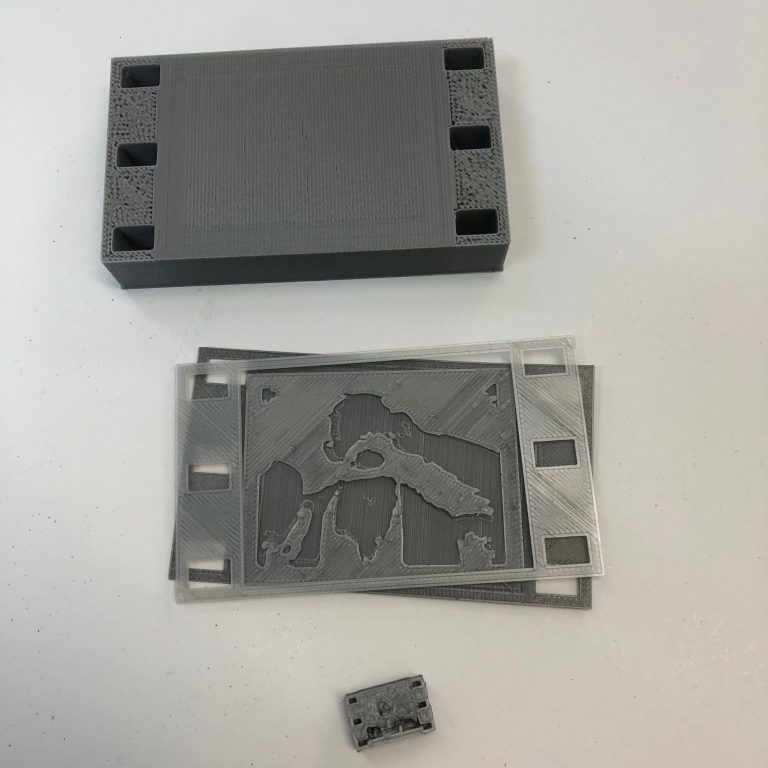 Hearing To: Dispatch from the Smithsonian

This past week, Matthew and I had the privilege of attending the launch of the Smithsonian Open Access program, which was held at National Museum of American History. We had been asked by our friend, Michael Joo, to collaborate on an installation for the event.

As an artist, I have had numerous solo exhibitions in New York, London, Paris, Brussels, Miami, Berlin, and even Washington, DC, however, I’ve never exhibited in a museum. Having my first museum exhibition be at the Smithsonian, in collaboration with such close peers, was both humbling and awe-inspiring.

As an employee of Nanotronics, it allowed me to use some of the advanced technologies we create to show how the tools of tomorrow can be used to communicate the artistic impulse. Not to remove the hand from art but to emphasize the gesture of creating.

As we setup our piece, we were able to explore some of the permanent exhibits in the museum. Inventors I was ashamed I didn’t know. The impetuses of inventions have become so common in our lives, I forget there may have been one individual who saw the hole in our lives that needed to be filled.

*To our President John Putman, if you make it down to the museum you may enjoy how a Tupperware predecessor broadened the scope of the invention for a sealable bread-basket.

The Smithsonian released 2.8 million items from its archive to the public. We had the opportunity to have some access to this a few weeks in advance to create a piece for this event. To be ambassadors for re-observing a wealth of historical record through new ways of touching, smelling, hearing, hugging our past and future.

We chose two pieces as a jumping off point.

For the Keller/Sullivan piece, we traced in three-dimensions the contours of Ann Sullivan’s face that Helen Keller would have used her fingers to “hear.” From that topography, we were able to imagine what Helen Keller’s auditory cortex could have observed. Though at times sweet, the musical piece is frightening enough that it had to be muted during the incredibly ebullient and optimistic speeches.

For the sneeze, the first film—and almost a proof of concept for the ability to scientifically record events—we 3D printed layer by layer to correspond to each frame of the original film. Like many of Edison’s inventions, the use of them for art and entertainment were adopted very soon after. Using Nanotronics own technology the piece Michael, Matthew, and I made is a call for these same machines to usher in new ways of creating while playing with the sensory effect of the original.

Smithsonian Secretary, Lonnie G. Bunch III, called the program “… a milestone for the Smithsonian in our efforts to reach, educate and inspire audiences. Through this initiative, we are empowering people across the globe to reimagine and repurpose our collections in creative new ways.”

No art is ever truly objective, and neither is history. Its provenance may be static but the events it helped beget allow it to be continually interpreted. What the Smithsonian has allowed the world is not only access to a massive collective history, but an opportunity to use their own voices to speak through these pieces. Personally, my creative fire was fanned to such a bright glow that I can only hope we continue to collaborate and engage in meaningful discourse with the Smithsonian as well as other artists, inventors, historians, lovers of objects, places, and peoples, on a real and sustained multi-sensory level.

I was truly honored to collaborate with such amazing artists and want to thank Damas Limoge, Parker Musselman, Fabian Hough, Tony Arcabascio, and Frank Fries for their contributions in helping to bring these installations to life.