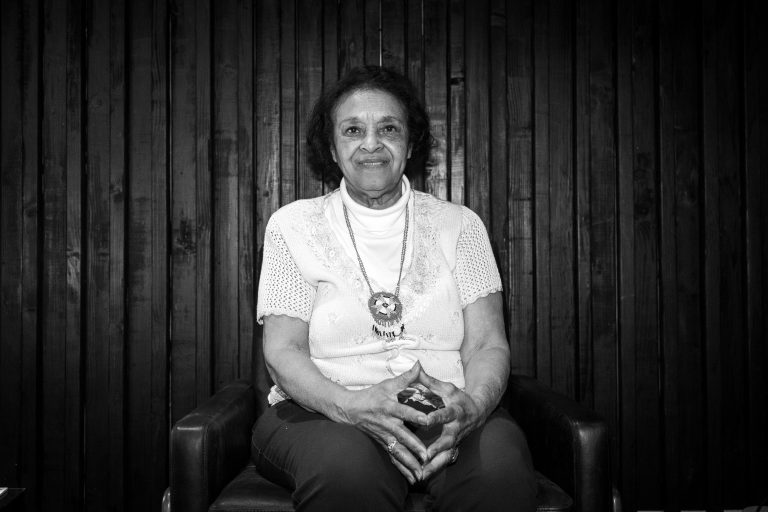 When asked if she is ever disappointed in the way the world is going, Living Legend Professor Angeline Butler is unwavering. “The revolution is never over.”

Angeline Butler is a founding SNCC activist, performer, director, and teacher who has consistently fought for change, whether through her creativity or her activism. Her legacy continues to inspire as a professor at John Jay College and in her involvement in theater production, music, and storytelling.

She is currently on the faculty of John Jay College for Criminal Justice in New York. She previously taught as an instructor of Ethnic Studies at the University of Southern California.  Butler also created and coordinated the Ellington Tree Project (1981), and as a director in theatre, she revived Lorraine Hansberry’s Les Blancs.  She was, also, a company member at the Metropolitan Opera from 2003 to 2011 and previously worked at the Los Angeles Opera in 1996-97. Ms. Butler also recorded two albums, one in pop-rock music and one in folk music:  Angeline Butler/Impressions on CoBurt-MGM Records and The Pilgrims/ Just Arrived on Columbia Records (Producer Tom Wilson) with Robert Guillaume, Gilbert Price (and later Millard Williams).